My First Time in South Boston 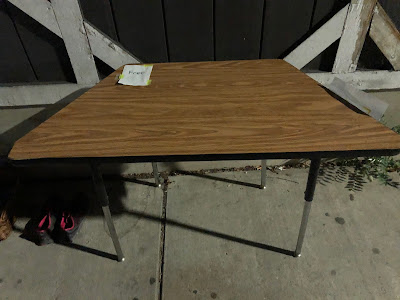 For all my aggravation about South Boston, I can't forget that it was the place where I first learned that compassion did exist in the city.

Between looks and personality, I am not nor have ever been a natural conduit for random acts of kindness from people. During my first year in the city, most people observed me with amusement, suspicion, and sometimes disgust. Some of those reactions weren't my fault, but only some.

I was an emotional and mental mess my first year of urban life. it took me a long time to get my act together, but at least I  stopped leaving my wallet on the turnstile the first and only time I ever did it.

I was getting home from Harvard Square. I didn't realize I was obsessed with reading comics and didn't even realize my wallet was missing until it was too late. I went back, and of course it was gone. I had  filled out a card in my wallet with my name and telephone number and actually got a call from someone who lived in Andrew Square. All I had to do was go to their house.

At the time, walking through Andrew Square was the scariest thing I had done in the city. I never took the red line any further outbound than South Station. The street and it's houses were dark, and after eight o'clock, there were no people in the streets and no lights on in any of the houses. What became common to me when I lived off of Andrew Square years later was terrifying to me having just come from the relatively blissful South Bay where I first lived.

I got to the Southie house. I believe it was a woman who handed me the wallet. I didn't have a reward to give. I never followed up with any thank you note. I just left.

It was arguably the first act of kindness I received from the city. And I didn't even respond to it well. That would be the last anyone would give me anything like that for a while.

I sometimes wonder if all my years in South Boston were penance for being an idiot that one time. I wonder if I'm paid in full at last.

If I ever come back one more time, Southie, I'll do better.