Now THIS is a Find

A random store in Jamaica Plain (I didn't look up to see which one) had a box outside with numerous copies of the new issue of Razorcake up for grabs. I didn't even know this magazine was still being published! 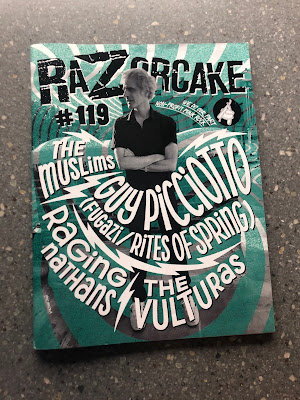 I followed this punk magazine when a friend was contributing  a column. I even picked up a photo credit when the friend used one of my pictures in his column!

I thought Razorcake had gone under along with numerous other print magazines I used to love picking up at Newbury Comics back in the day. It's great to see that it's still alive and kicking.

Posted by Chad Parenteau at 8:59 AM