Things I'm Thankful for in 2020: Headline Poetry and Press 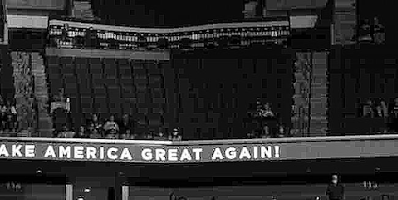 It was during a vacation in February down in Florida(!) that I decided to try my first attempt at a blackout/erasure poem based on Trump's rambling speeches. Thanks to a friend's recommendation (I'll get to them later), I submitted my first piece, "Story of the Rest" (based on Trump's post-impeachment speech) in February to Headline Poetry & Press. Editor Hokis not only gave me inspiration to write many more but also made me an official contributor.

The graphic above is from "The End is Just the Beginning of the Middle Part," but the one I'm proudest of is "Rough Beast Born," based on his last public speech on February 28 before COVID-19 really took off.

Hokis told me she might be stepping away from political work. For the sake of poetry in general, I hope she reconsiders.