How Do You Get to Stone Soup? 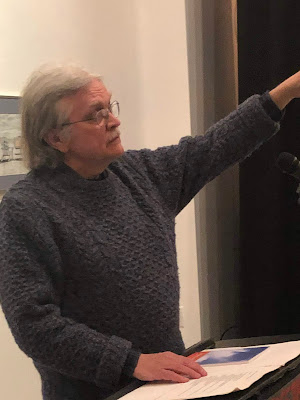 In anticipation of his recent Stone Soup Feature, David Miller posted these very useful directions for any potential attendees. They are too good not to use again and will likely be posted to Stone Soup's main page later.

So where is this, really? People ask this about the new Stone Soup space. It's the Assemblage Gallery, 70a Sleeper Street, Boston. In the Fort Point area, perhaps more precisely the Seaport District. Right exactly opposite the Barking Crab restaurant.

OK, but how do you get there?

Here are directions from the MBTA Red Line. (I hope to follow this up with non-T directions, but the T is what I use to get there.) If you know the Red Line at all - if you've used it once in your life - you're practically there already. Here goes:

3) Ride -one stop- on the Silver Line, to Courthouse Station.

5) The building is on the corner of Sleeper Street and Seaport Boulevard. The gallery is on the other side of the building, facing The Barking Crab.

Red Line to Silver Line, one stop to Courthouse, barely two blocks to Sleeper. Again, if you know where South Station is, you're in.
Posted by Chad Parenteau at 12:25 PM