Hello everyone. So Stone Soup Poetry is back. We got to meeting again this past Wednesday, and I wouldn't have had it any other way, given the death of Ruth Bader Ginsburg. Given the outpouring of tributes, it's no surprise this poem turned into another tribute piece for her.

I have miles and miles to go today, so I will wrap this up. Thanks for reading.


Diagnosing the Wind
for RBG

God and Devil play ball
with the earth argue over
the results of everything.
The Devil is the cynic
about the outcome, is
just as upset when he wins,
hates seeing his own eyes
in a game of dice. Wishes
have less foundation than rock.
We watch the dumpster fire,
never think about victims inside.
One half of  population
favors eliminating other half,
other half technically undecided
after extended moment of silence.
Every one is tone deaf to dead.
Those sad vibes don't burst bubbles.
Surprise. We never needed dragons
to burn our own village.
Poor Ruth. They train the unborn
to walk over your body,
a white boy to smirk over you
with a rifle above the kaddish.
Freedom stays as precarious
as hang gliding between buildings
while bodies bend over books
of dust-covered rules.while others
repurpose babies into bullets
and bullets into seeds outside homes,
paint us red and dub us spreading rash.
Their god finds favor with those
firing off enough to drown him off.
And now, a dance on your memorial
while would-be leaders sit on chairs,
wait for a turn that never comes.
Soon, no place left for mother's cry
to be heard, just misquoted in song.
The ones who won't be counted
count any way, mark the ways
their champions with gustfull words
bow your ashes away faster. 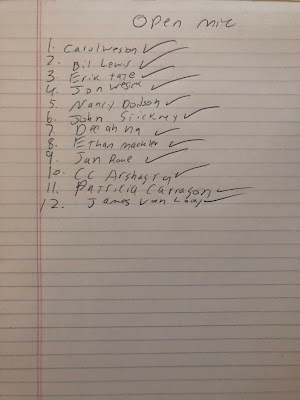