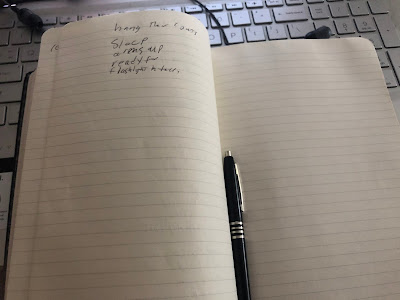 I finished my last National Poetry Writing Month piece about half an hour ago. I'm so relieved.

I started this journey with very little motivation. Several outside factors contributed to that. I plodded and struggled through nearly every poem. It wasn't until today that I was excited about what I wrote. Maybe that was a little true in the beginning, but my enthusiasm quickly faded when I realized I couldn't share the very first poem I wrote.

Sharing my work was a problem this year. There were at least two poems I held back publishing because I didn't want anyone (or at least particular people) reading them. And still, there was at least one poem I shouldn't have posted for the challenge but did anyway because of my compulsion to keep up and meet my goal.

I came close to quitting for the first time in years.

You might see some poems removed from here quicker than you usually would.

If I participate in next year's NaPoWriMo, I am going to seriously reconsider making my poems public. In the end, it doesn't really benefit me anymore.

This year, due to other events in my life, I was especially self-conscious. So much so that I was very unhappy with over 90% of my work over the last thirty days. That includes the "extra" Stone Soup Crouton poems, City Haiku and random silly poems I shared here.

I appreciate everyone (John Stickney in particular) who still had encouraging words to say. I just wish I felt even a little the same.

Congratulations to everyone who finished, or at least tried. If you care, it rarely gets easier, no matter how long you've participated.

Posted by Chad Parenteau at 7:15 AM